Virtual Realities: The Art of M.C. Escher from the Michael S. Sachs Collection Through September 5, 2022

“You have to retain a sense of wonder; that’s what it’s all about.” —M.C. Escher

Maurits Cornelis Escher (1898–1972), popularly referred to as M.C. Escher, was born in the Netherlands and is known internationally for his self-described “mental images,” which connect to mathematics and various branches of science. Considered a “one-man art movement,” he remained outside of the art establishment. Escher was heralded in the psychedelic era of the 1960s and 1970s and is treasured today for his mind-bending works.

Spanning Escher’s entire career, Virtual Realities is drawn from the most extensive Escher collection in the world, held by Michael S. Sachs, who acquired 90 percent of the Escher estate in 1980. The artist’s singular, sometimes unsettling works, with their orchestration of multi-dimensional alternate realities, have become icons of the 20th century. Escher’s imagery evolved from realistic observations of the world to inventions from his imagination that explore the relationships between art and science, order and disorder, and logic and irrationality. Interactive auxiliary rooms, where visitors may play with optical illusions, accompany the exhibition.

► Audio Guide
The exhibition audio guide delves into selected works of art with commentary from the curator, printmaking artists, scientists, mathematicians, and others. Available free of charge, online and in the galleries. Disponible en español. To listen in the galleries, please bring your mobile device and headphones.
Best experienced on mobile devices with the latest versions of Chrome, Firefox, Microsoft Edge, and Safari.

► Culinary Canvas
Treat yourself to a special “Our Checkered Past” cocktail and other mind-bending menu creations that reflect M.C. Escher–inspired themes when you dine at Le Jardinier at MFAH. 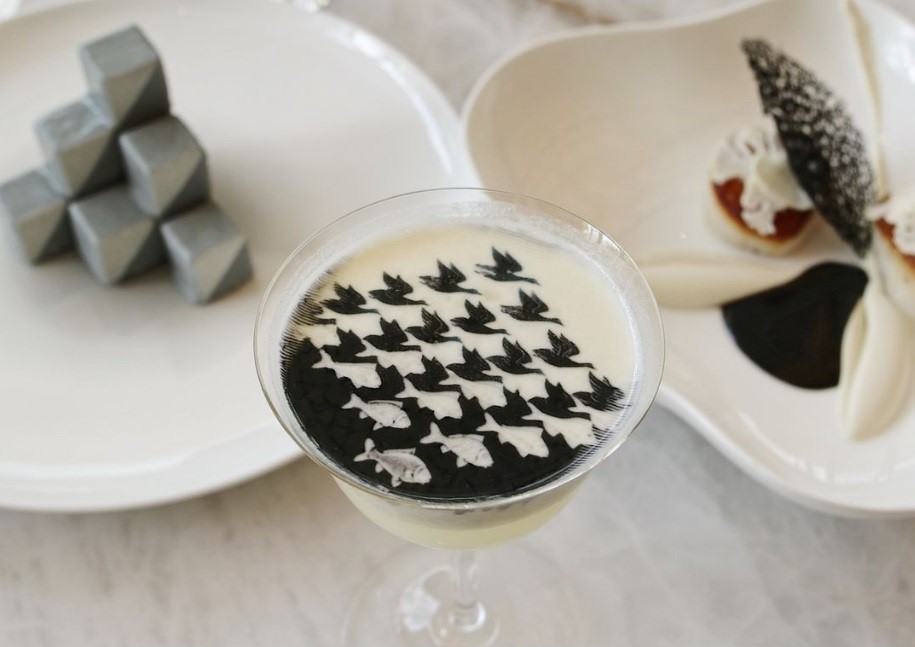 ► Forthcoming Publication
An illustrated catalogue is scheduled for release following the exhibition.

This exhibition is organized by the Museum of Fine Arts, Houston.

This program is supported as part of the Dutch Culture USA program by the Consulate General of the Netherlands in New York.